Stage III melanoma is disease that has spread regionally, or metastasised, to lymph nodes.1 Patients with stage III disease have a high risk for disease recurrence after resection and poor survival rates.1,2

In metastatic melanoma, the overall prognosis is poor.1 Although less common, melanomas are considered more deadly than other non-melanoma skin cancers due to its ability to metastasise.3

Many factors can affect the prognosis of melanoma. Prognostic factors include BRAF and NRAS genetic mutations, tumour and disease characteristics, and patient factors (see figure).4-8

Genetic mutations, such as BRAF and NRAS mutations, have been widely studied in relation to prognosis, with several studies supporting their role as a potential prognostic factor.4,5,7,9 The next sections will discuss the relationship between BRAF mutation and other prognostic factors, including tumour and patient characteristics. 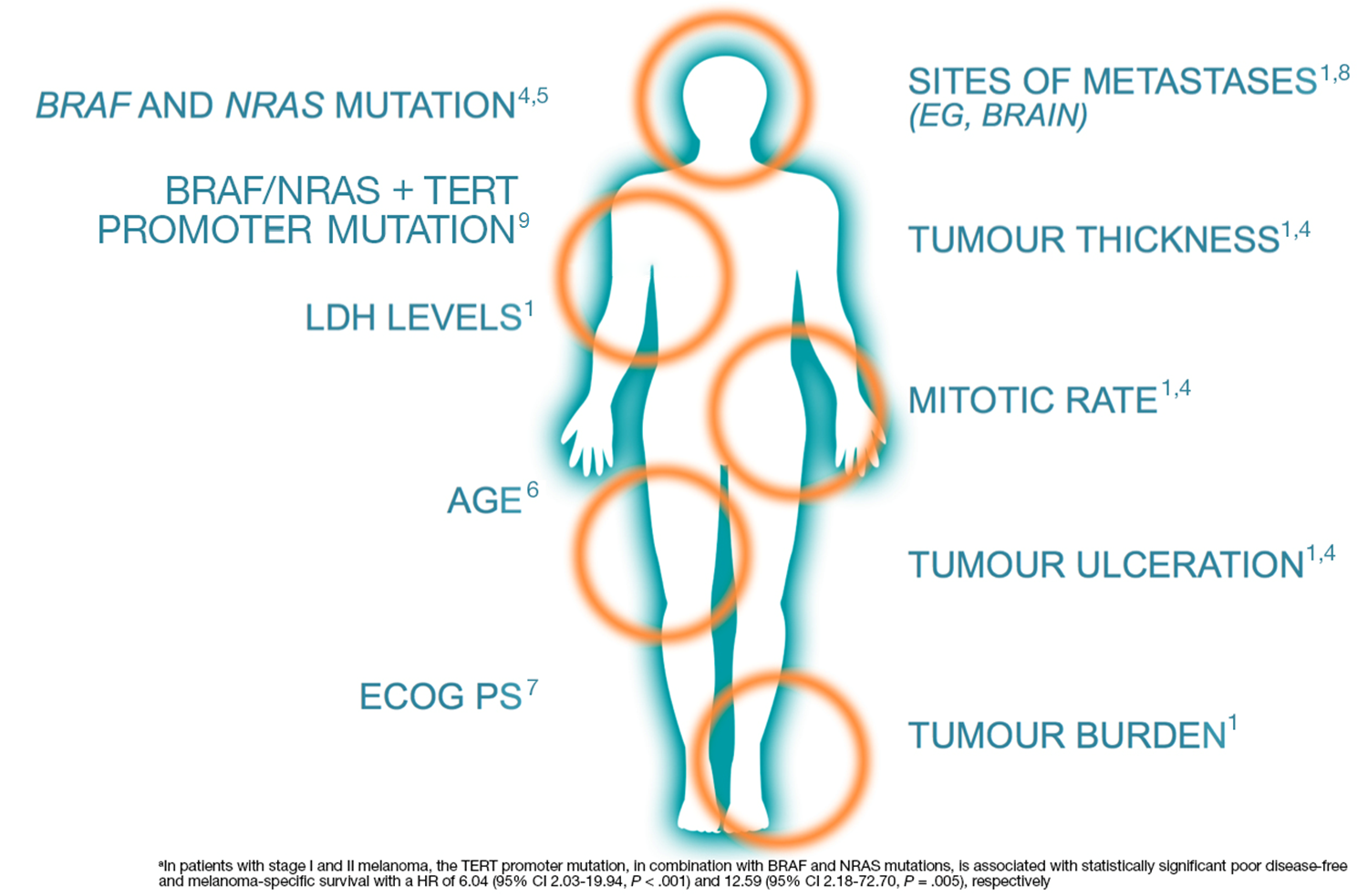 In localised disease, the following characteristics are negative prognostic factors1: