This is a website intended for Health Care Professionals outside the U.S. The information on the site is not country-specific and may contain information that is outside the approved indications in the country in which you are located. Please contact your local Novartis representative for the latest information specific to your country.

Several prognostic factors have been identified to inform the potential outcome of disease in melanoma patients, many of which have been associated with BRAF mutation (see table).1-9

Metastasis to the central nervous system, specifically the brain, is associated with a median survival of less than 5 months and is a negative prognostic factor for patients with metastatic disease.10,11 Multiple studies have identified an increase of central nervous system (CNS) metastases in patients with BRAF mutations compared with those without BRAF mutations.6-9 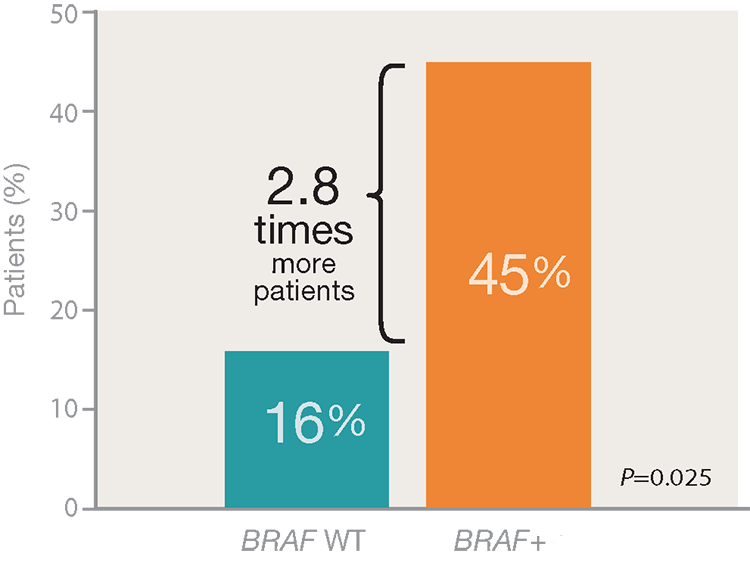 Understanding the relationship between BRAF mutation and several negative prognostic factors suggests that these patients may be more vulnerable and at risk for a worse prognosis than patients with wild-type BRAF.