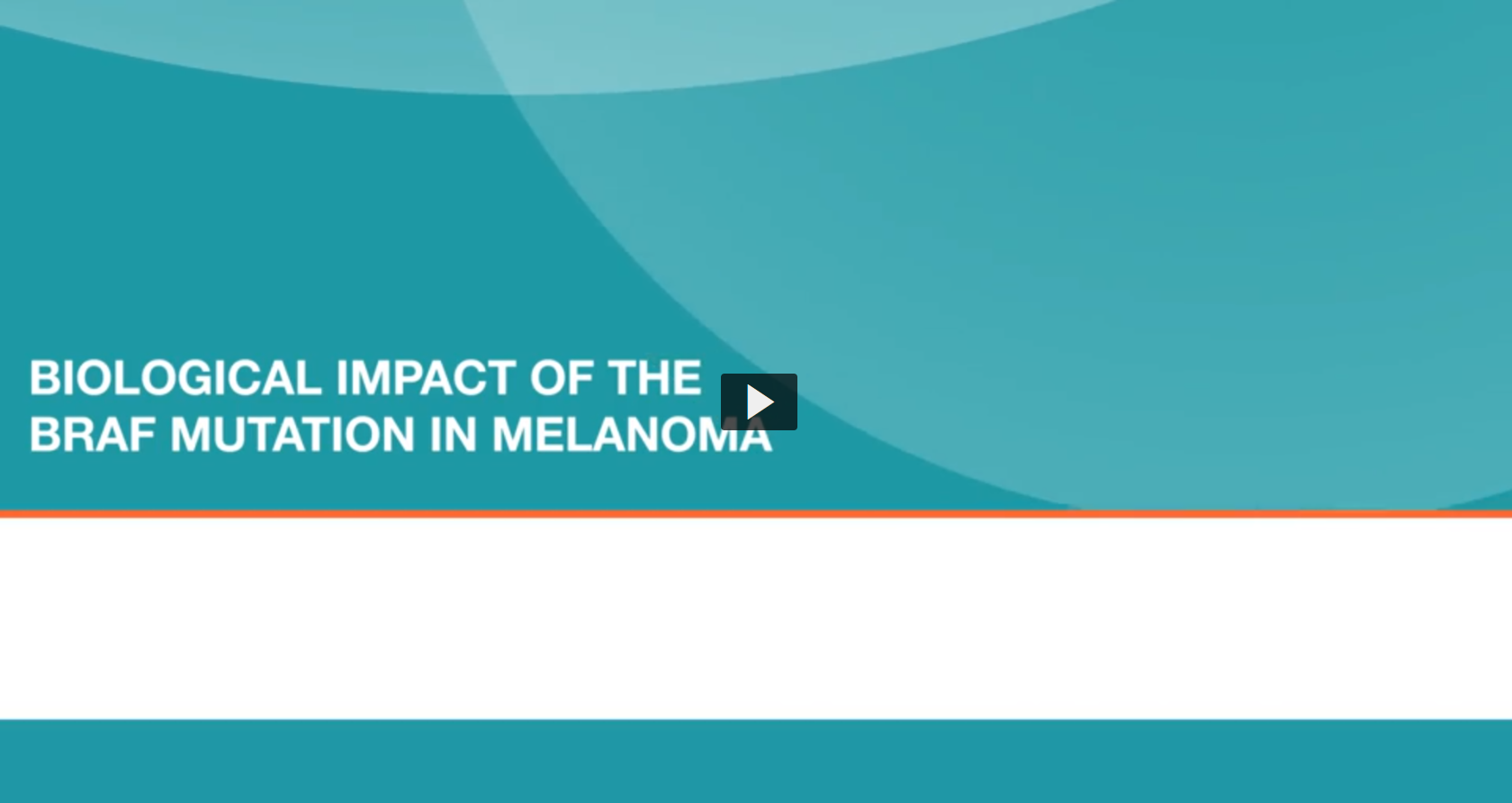 Watch Dr Mandalà, head of the Melanoma Unit in the Division of Oncology at the Papa Giovanni XXIII Hospital in Bergamo, Italy, explain the mechanisms of immune escape in BRAF-mutant melanoma and the role of BRAF and MAPK pathway inhibition in the immune system.

BRAF V600 mutations cause constitutive activation of the MAPK signaling pathway. This can lead to upregulation of the production of various immunosuppressive factors such as interleukin (IL)-6, IL-10, and vascular endothelial growth factor (VEGF) which can recruit regulatory T cells (Tregs) and myeloid-derived suppressor cells (MDSCs) and block cytotoxic T cell activities1,2

BRAF mutations also lead to increased production of the cytokine IL-1, which can mediate indirect immunosuppression through tumor-associated fibroblasts. IL-1 upregulates checkpoint molecules such as programmed death ligand-1 and -2 (PD-L1 and PD-L2), which bind to programmed death 1 (PD-1) on the T-cell surface and shut down the cytotoxic activity of cytotoxic T lymphocytes (CTLs).1 Additionally, IL-1 upregulates expression of cyclooxygenase 2 (COX-2), which can upregulate prometastatic molecules.2

Another immunosuppressive mechanism promoted by mutant BRAF is downregulation of major histocompatibility-1 (MHC-I) and internalization of MHC-I from the cell surface. Less cell-surface MHC-I leads to less presentation of tumor antigens, meaning that the tumor will be less visible to the immune system dendritic cells (DCs) and CTLs1

Biological impact of the BRAF mutation in melanoma