This is a website intended for Health Care Professionals outside the U.S. The information on the site is not country-specific and may contain information that is outside the approved indications in the country in which you are located. Please contact your local Novartis representative for the latest information specific to your country.

The role of BRAF and the MAP kinase pathway

The RAS/RAF/MEK/ERK pathway (also known as the MAP kinase pathway) is a critical pathway involved in normal cellular functions, but it may be disrupted in many human cancers, including melanoma.1,2 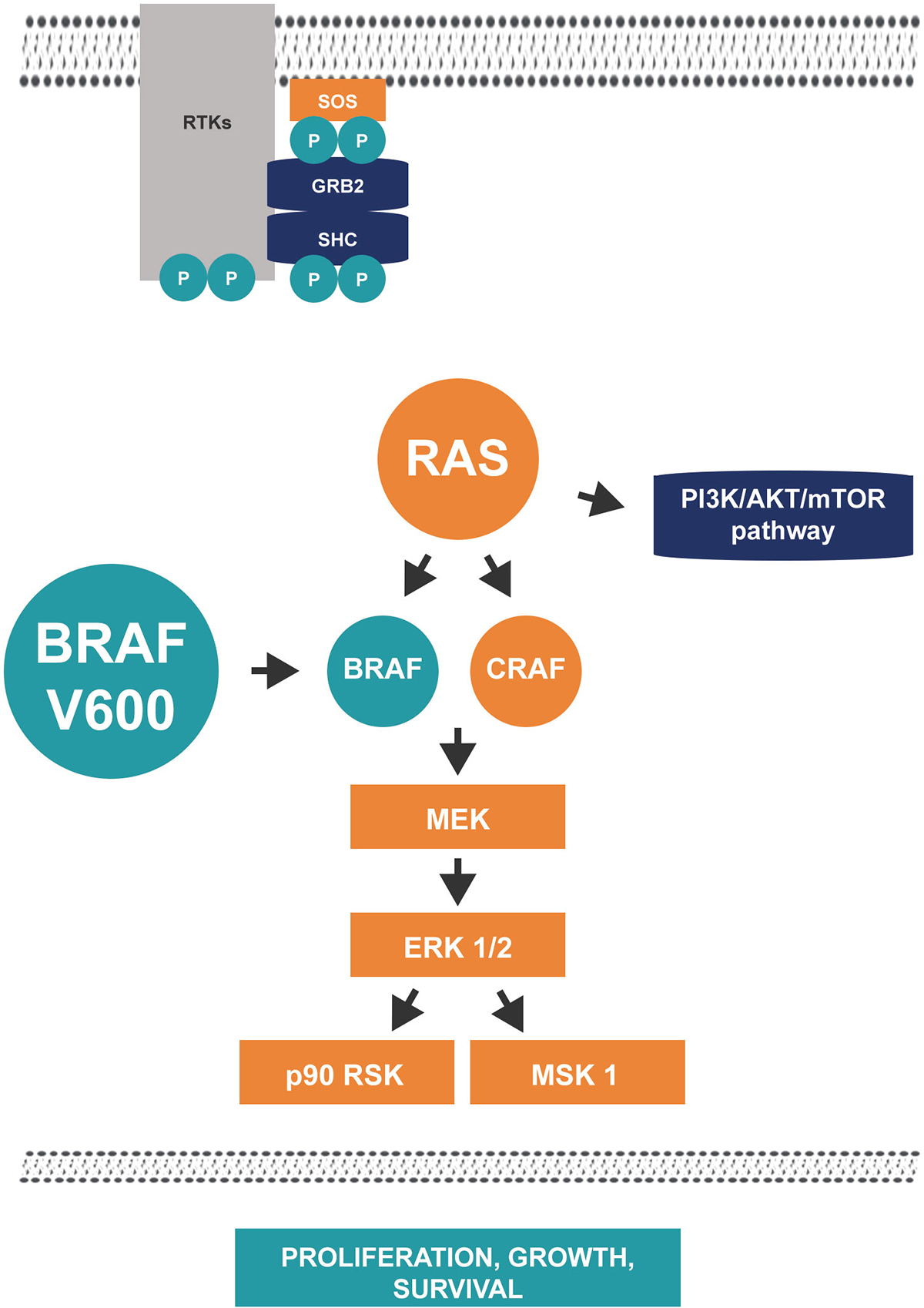 Phosphorylated ERK dimerises and translocates to the nucleus where it is involved in nuclear transport, DNA repair, nucleosome assembly, and mRNA processing and translation.1,2 Molecules involved in this RAS/RAF/MEK/ERK signal transduction pathway are therefore attractive targets for cancer therapies (See figure).