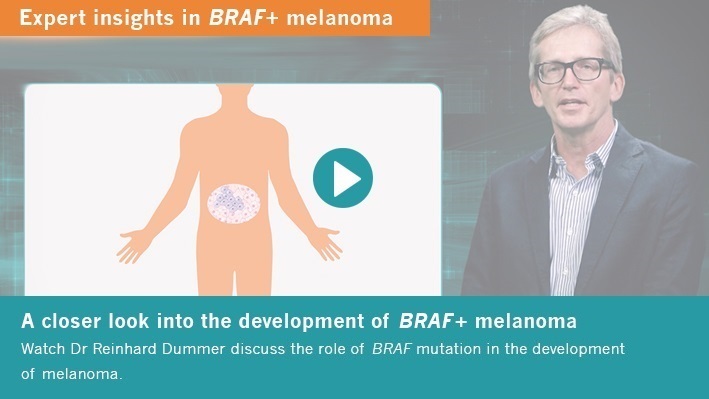 A closer look into the development of BRAF+ melanoma

Mutation of BRAF V600 leads to a constitutive activation of the MAPK pathway, stimulation of cellular growth, and inhibition of pro-apoptotic signals, thereby driving cellular proliferation in tumour cells.1 One specific BRAF mutation, the T1799A transversion mutation in exon 15, results in a single amino acid substitution of a valine (V) to glutamic acid (E) at amino acid position 600 (V600E).1 This mutation accounts for approximately 90% of all BRAF mutations in melanoma (see figure above), and enables BRAF to bypass typical regulatory mechanisms.1,7-9 Mutations at this site make BRAF more than 10 times as active compared with wild-type BRAF.1

Hyperactivation of, and oncogenic addiction to, mutant BRAF makes it a key biomarker and a prime target for therapeutic intervention with targeted small molecule inhibitors.1,9 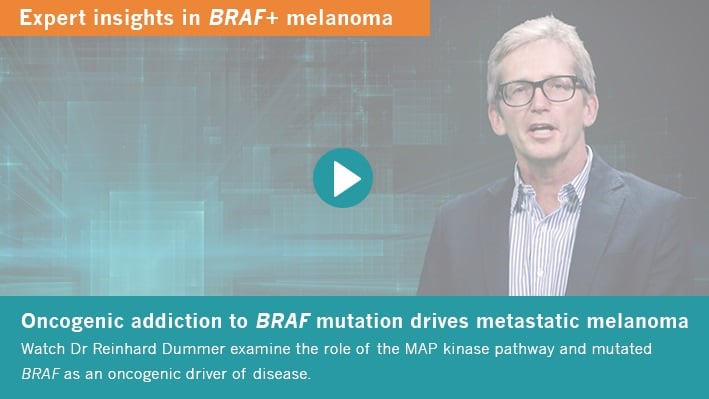